It’s been awhile since I’ve been as excited about a vaporizer as I am about the Alfa. There’s so many unimaginative manufacturers out there pumping out crap units, so when I heard about the Alfa by Goboof and saw some photos of the unit, I knew that this was going to be something special. Let’s see if I was right.

NEW KID ON THE BLOCK

The Alfa is the inaugural offering from the European manufacturer Goboof. Being the new kid on the block in an already crowded industry isn’t easy. However, while many other companies are just stamping out clones and simply slapping their logo on the same old vaporizer, it seems like Goboof took the time to study and actually improve on the shortcomings of other super-discreet units it’s ultimately hoping to compete with. 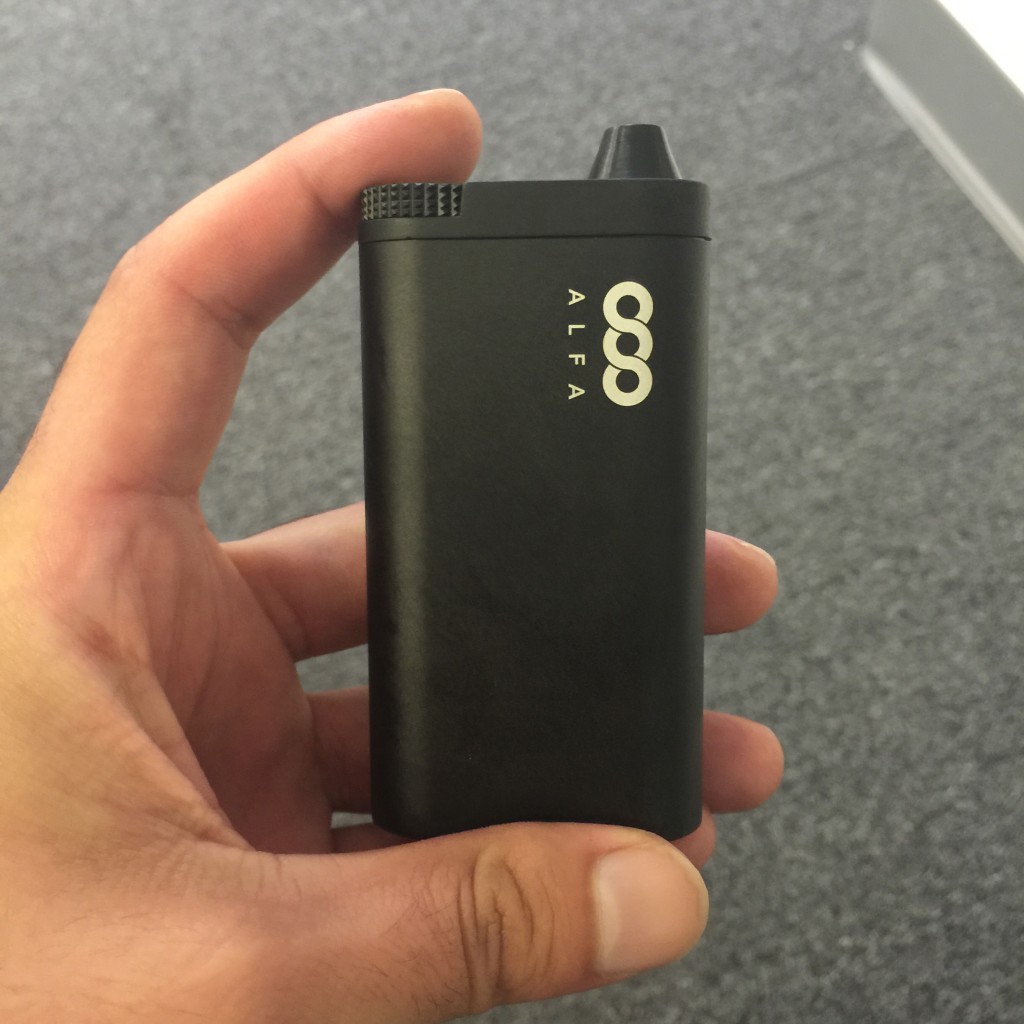 It’s very apparent once you hold it in your hand that the Alfa is a solid unit built from high quality materials. As soon as I took this little guy out the box, I was nothing but smiles. It’s easily one of the most sleek and discreet portable herbal vaporizer on the market. The manufacturers’ website bills the Alfa’s design as ‘ergonomic’, which just means it’s design is specific to fit and feel comfortable in the palm of your hand. The Alfa will fit easily into any pocket (including skinny jeans) and is the perfect sidekick for your outdoor vaping adventures.

The thing I like best about it’s design is the mouthpiece – just a simple piece of rubber. While the portability of other units are sometimes compromised by glass draw-stems, the fact that you can just throw the Alfa in your backpack or into your pocket without having to worry about breaking the mouthpiece really lends itself to the overall portability factor of this unit.

I’ll start off by saying I generally dislike vaporizers that require you to either hold down or keep pressing the power button to change the temperature setting with nothing to indicate temperature adjustment except color changing LED display lights. I don’t like vaping at ‘colors’. It’s confusing and I n I much prefer digital read-outs and +/- button control. That being said, I’m a HUGE fan of the Alfa’s temperature control system which features something completely different, a rotary dial. This really takes the guessing game out of equation.

You have the option of three heat settings: the LO setting will heat your herbs to 374°F, MID warms to 410°F, and the HI setting goes to a staggering 446°F. To be honest, the HI setting (446°F) seems a little excessive. Vaporizing at such a high temperature makes for some pretty harsh puffs and is getting dangerously close to combustion. However, the MID setting (410°F) is typically the temperature I vape at and I was able to get some nice vapor production at this setting. 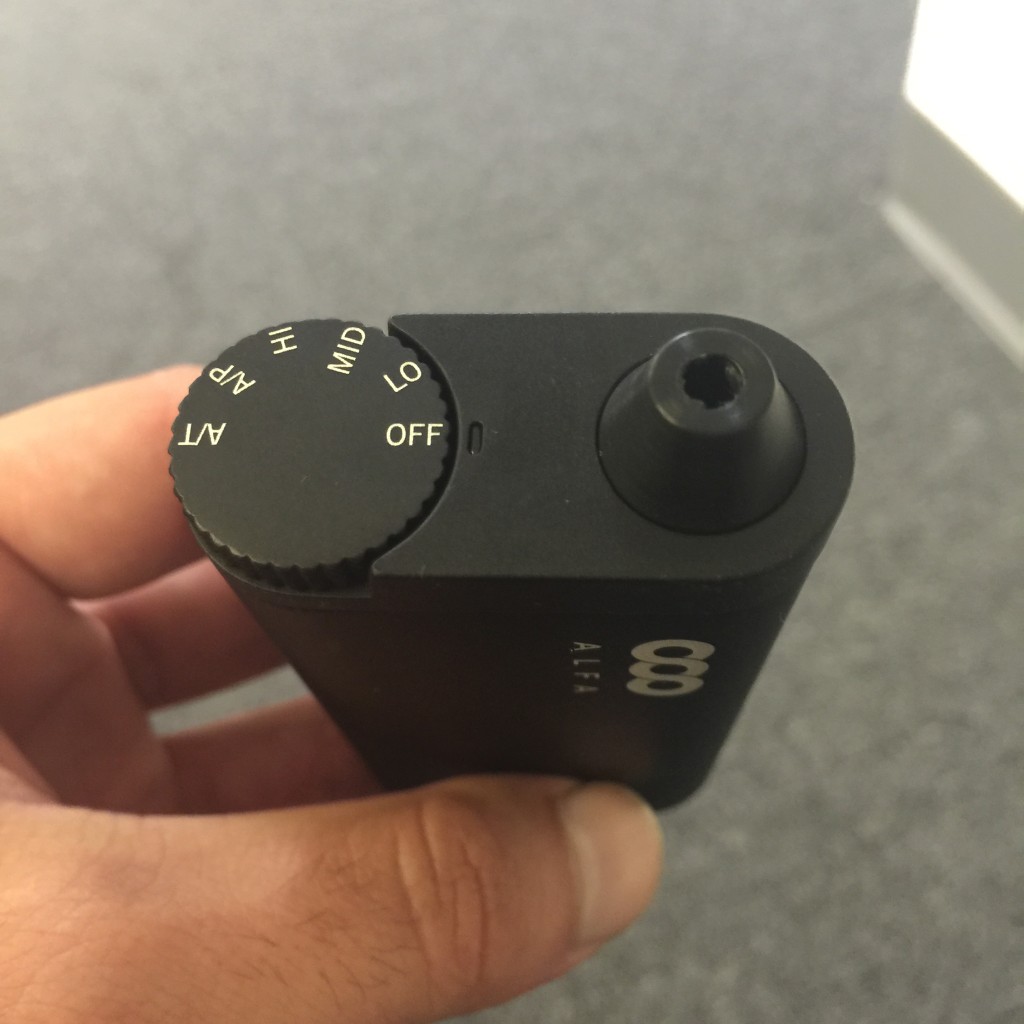 Aside from the three preset temperature options, the Alfa also features a pretty unique heating feature they’re billing as ‘Smart Puff Technology.’ In addition to the LO, MID or HI options selectable on the rotary dial, you’ll also see two other settings: A/P and A/T. Selecting either of these two options will give you a more customized vaporization experience.

I’m a fan of the Automatic Heat-By-Puff (A/P) setting. When selected, the Alfa’s temperature starts at the LO setting (374°F) and raises in three degree increments after each puff taken until the HI setting (446°F) is achieved. In addition, you also have the option to select Automatic Heat-By-Time (A/T). This setting will gradually heat your herbs from LO to HI over a time period of twenty minutes. I think these are two really cool options, as your buds are being more or less ‘slow-cooked’ instead of flash-heated.

Located on the bottom of the unit, the Alfa’s herb chamber is reminiscent of of the butane powered Iolite vaporizers, as it features a “pin” that runs down the center of the heating chamber. The pin, which is an extension of the heating element, does heat-up during use. This may concern some people, as there’s almost certainly some convection taking place here. However, after dumping out my herbs after my session, they didn’t look overly scorched, although maybe a little darker than some other vapes that utilize more of a convection heating method. 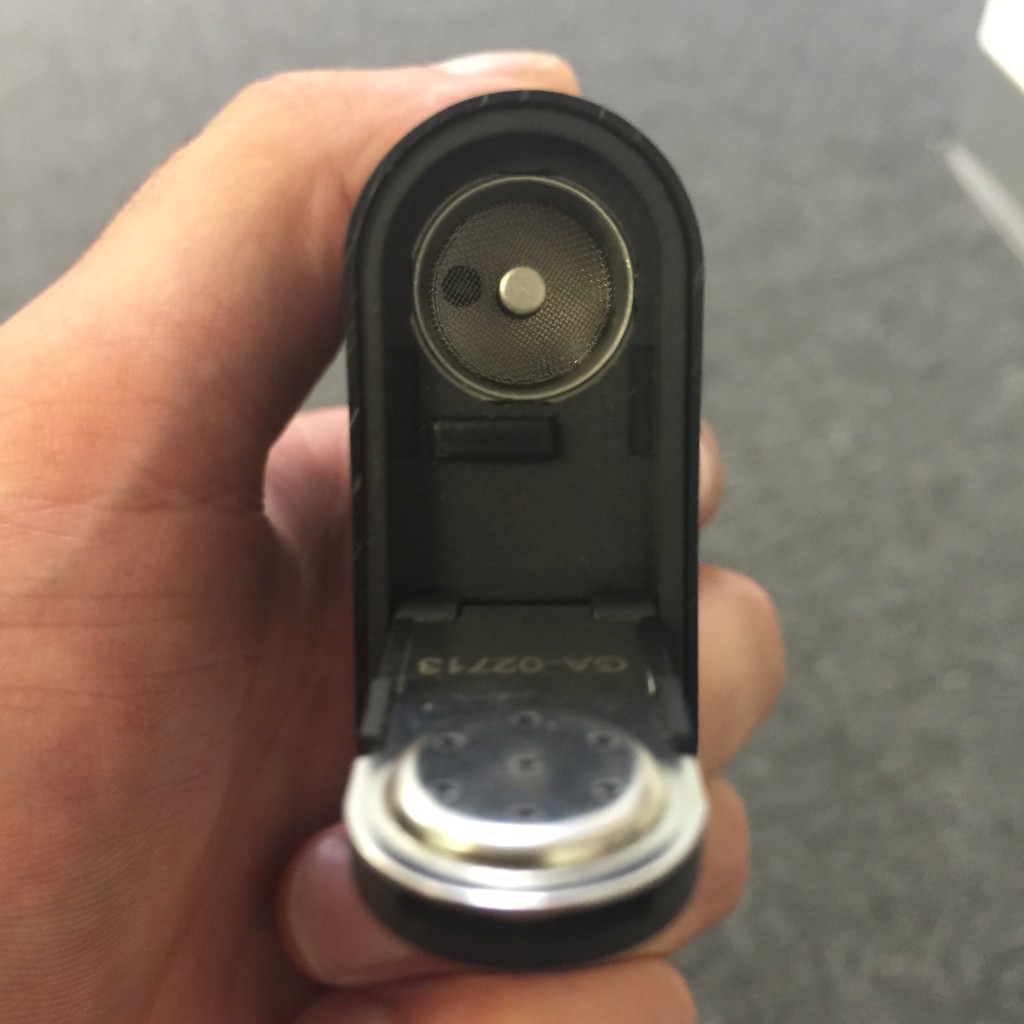 As far as vapor production and quality is concerned, the Alfa ranks right up there with the best of ’em. On the MID setting, I found myself blowing out cloud after cloud of some seriously tasty vapor. My sense is that the pin that runs through the heating chamber has a lot to with the amount of vapor the Alfa produces. Like I mentioned, this may be do to some conduction heating taking place, however, the vapor that is produced certainty doesn’t taste burnt. Also in regards to vapor taste, while I had initially thought the rubber mouthpiece would compromise the true flavor of the vapor, I actually found it to have no adverse effect whatsoever.

One of the aspects of the Alfa I really like is the fact you don’t have to sit there and hit it for ten seconds to get a good hit. I found that I was able to get more than a lung-full in a relatively short draw (just a few seconds). I feel like getting good vapor production out of a lot of other vapes is such a chore, so it’s refreshing that the Alfa doesn’t make you work that hard.

While Goboof touts the Alfa at two hours of maximum battery life, I was only able to get about an hour and a half out of mine on two separate occasions. Not a huge deal, but a little below spec. However, the unit does do its best to conserve energy, detecting when your last puff was taken and turning itself off after fifteen minutes of inactivity.

Additionally, the Alfa is able to be used during charging, which is a nice feature you’re seeing more and more these days. All and all, as this unit is all about portability and out-and-about vaporizing capability, even though I wasn’t able to get a full two hours out of it, and hour and a half still isn’t bad.

I’m choosing to compare the Alfa side by side with the Crafty because they’re both going to appeal to vape enthusiasts looking for the ultimate in discreet on-the-go vaporizing. Starting with portability, the Alfa is noticeably smaller in size than the already super-discreet Crafty. It’s also a little less bulky around the edges and slides into your pocket way easier.

While they both utilize a mouthpiece which lends itself to their portable nature, I’m going to go with the Crafty on this one. The rubber mouthpiece on the Alfa is a bit ‘stubby’ and you have to put your face really close to the unit to hit it. The Crafty’s design is a bit better, as it’s longer and swivels back into the unit when not in use.

The Alfa reaches it’s optimal temperature in just thirty seconds, compared to a minute to a minute and a half wait time for the Crafty. In addition, the Alfa (374°-446°F) not only gives you a wider range of temperature settings than the Crafty (365°-383°F), but also features advanced Heat-By-Puff and Heat-By-Time settings. Battery life weighs in favor of the Alfa as well. Even when not quite performing up to spec, the battery will still last about an hour longer than the Crafty’s.

As far as vapor production goes, the Crafty has the upper-hand, but only slightly. Considering the Alfa is considerably less expensive than the Crafty, you might expect the Crafty to perform way better than the Alfa, which simply put, isn’t the case. Overall, while I consider the Crafty the best portable vaporizer on the market, the Alfa gives it a run for it’s money. There’s nothing on the market as sleek, portable and easy to operate for under $200 as the Alfa. It’s one of my favorite portable units, and one that I highly recommend. 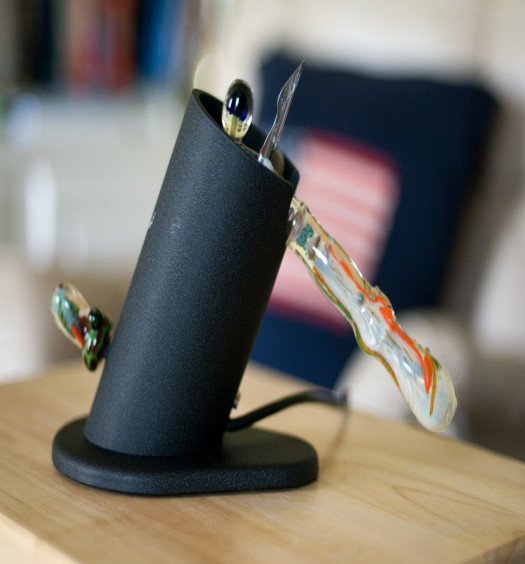 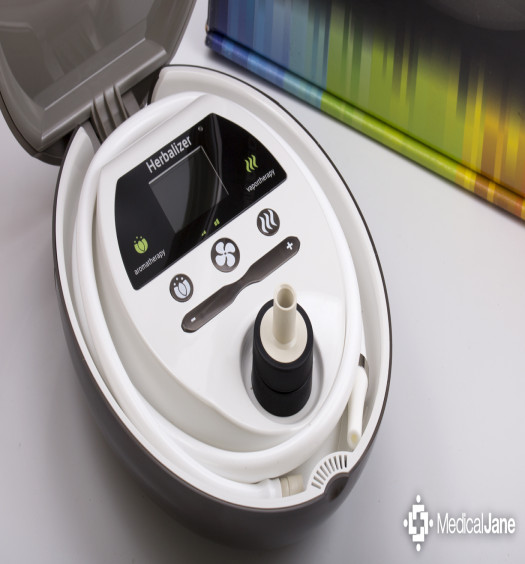