After years in development, Vaporfection has finally released its highly anticipated portable vaporizer – the miVape. With a little bit of luck and a lot of persistence, I was able to get my hands on one before the official release. Let’s see if the miVape lives up to the hype.

Check out The Dab Spot’s recent video review of the miVape:

Whispers of the miVape have been floating around since early 2012 when Vaporfection first announced they were looking to build on the success of the viVape, their dual-function desktop unit. A lot of time has passed since then, and many were beginning to fear the miVape had fallen into the dreaded “vaporware” category and would never actually see the light of day.

Vaporfection assured everyone anxiously awaiting the miVape’s arrival that it wasn’t just a thing of legend, and that good things come to those who wait. A light appeared at the end of the tunnel during the High Times Cannabis Cup in Denver this past April, when Vaporfection debuted their highly anticipated portable unit and gave a July release date.

Opening the box had been a long time coming, but I tried to curb my enthusiasm and approach this with the same objectivity of every other review, and not expect more than perhaps I should. It’s kind of like when you’ve been craving an In-N-Out burger (double-double w/ grilled onions to be exact) all day, then when you finally take that first bite after building it up in your head, it doesn’t taste quite as good as you know it really is. No matter how great something is, if you put it on a pedestal for a prolonged period of time, it probably won’t live up to the expectations you’ve set for it. 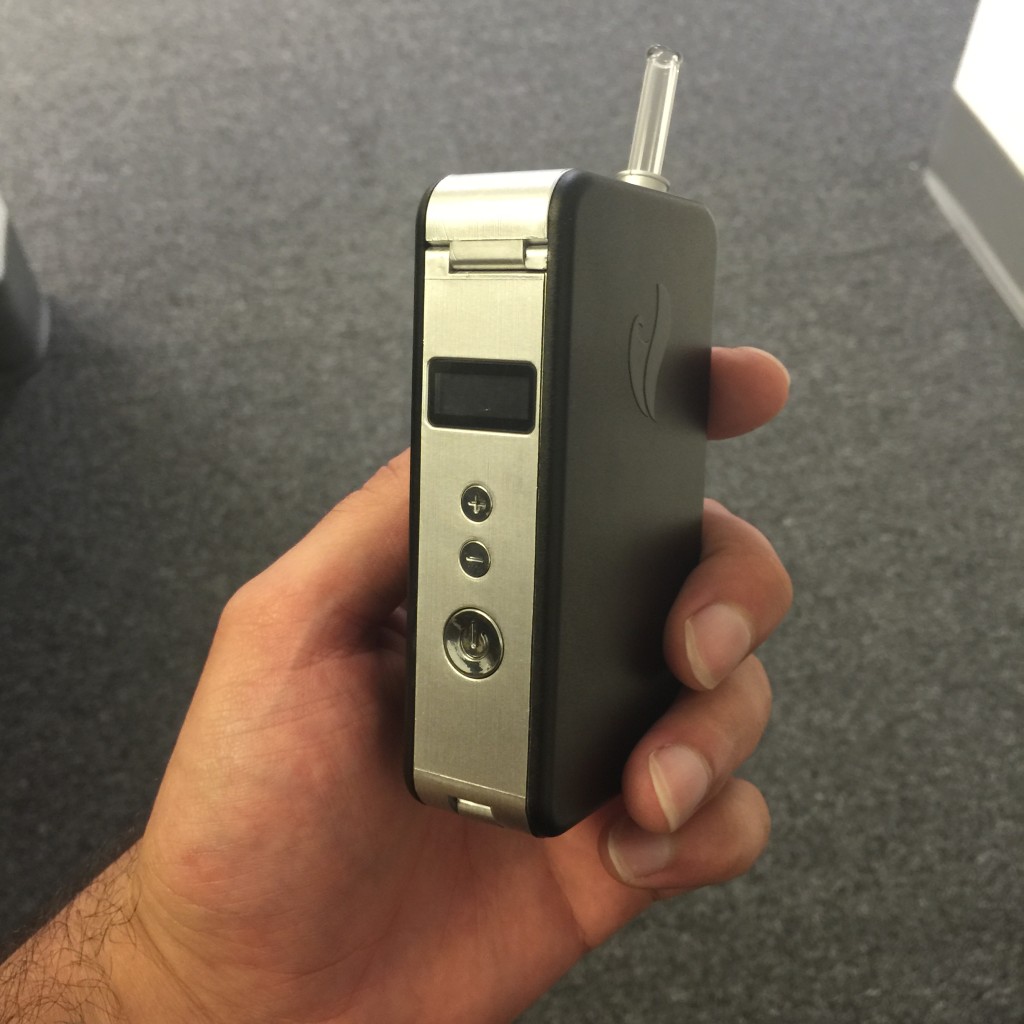 Aesthetically, the miVape looks fantastic. It’s bears resemblance to newer electronic mods I’ve been seeing, like the iTaste MVP. In fact, I’m sure many people will just assume your vaping e-juice if they see you using the miVape on the street. I like how Vaporfection decided to keep the look fairly simple, with only a raised logo on the either side, digital LED display and power/temperature control buttons.

While the build quality of the unit seems good, it doesn’t feel quite as well made as some other high end portables. It’s got a nice weight to it (but not too heavy) and feels nice in your hand, however. I have some questions about how it will hold up over time. The miVape utilizes a hinged top compartment, that when opened reveals a glass draw-stem and herb chamber. I feel like some problems could arise with the hinge down the line, so that’s something to keep an eye on.

The draw-stem is housed inside while in transit, but swings out during use. It’s also removable, as the glass herb chamber actually slides into the bottom of the draw-stem itself. Per usual, you’ll want to pack the herb chamber before turning on the unit. 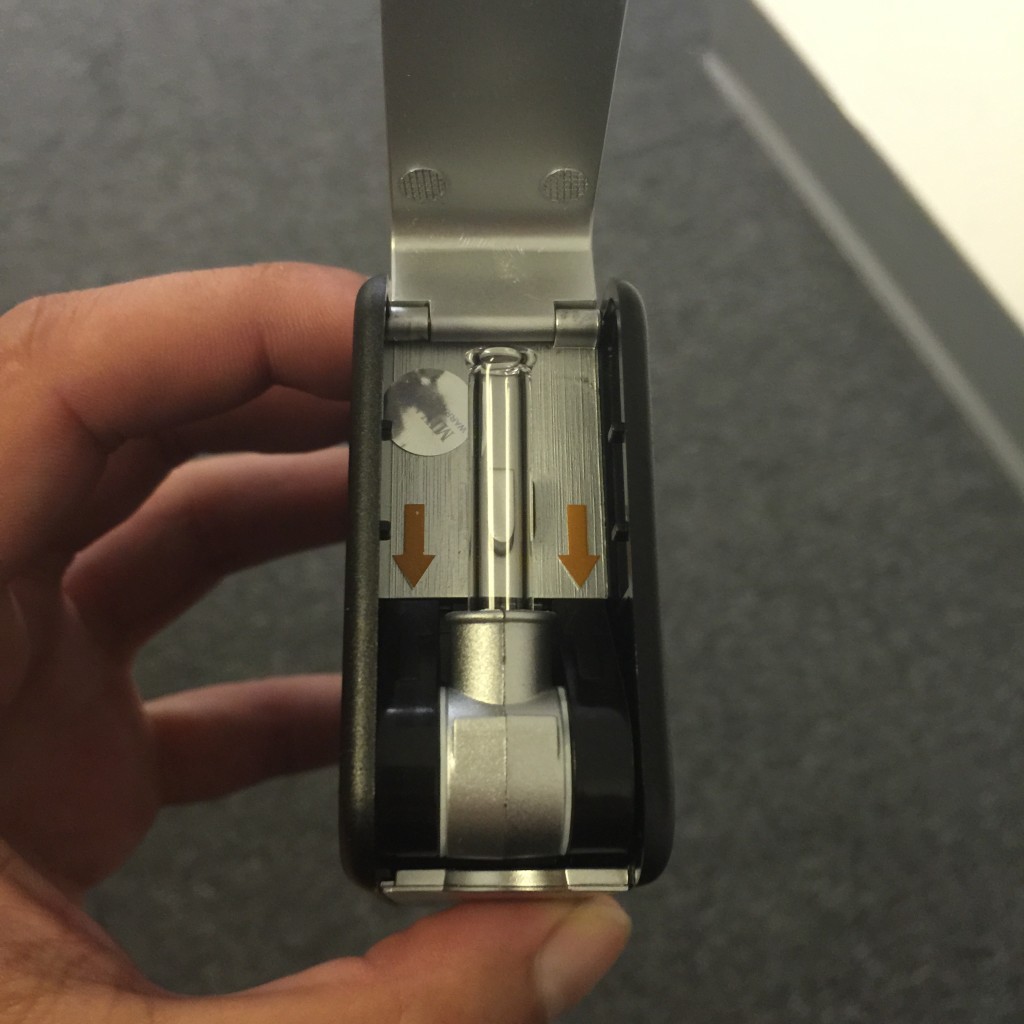 The miVape features a really unique heating system. I’ve pulled this exert from the retailer’s website, which I think explains things really well.

The miVape’s temperature control system is very straightforward. Holding the power button for two seconds turns the unit on. Upon activation, battery life and temperature are displayed on the LED display. The miVape will reach 350°F by default, and can then be adjusted to whatever your temperature preference is (up to 430°F) by using the +/- buttons. It a little over a minute preheat, which is pretty standard when compared to other portable units. 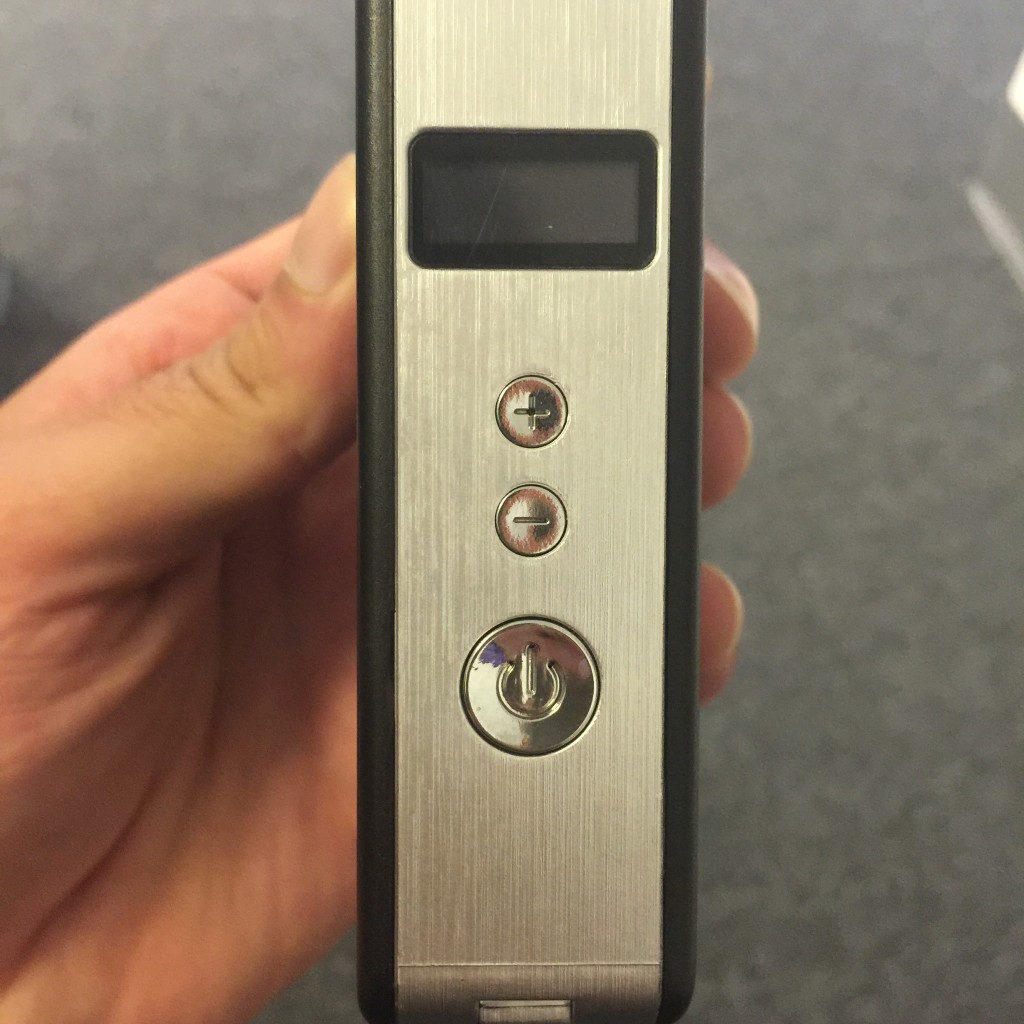 As the miVape boasts true convection with zero combustion, I was curious to see how it performed at its heat max, however, I figured for my initial use I’d set it to a temperature at which I normally vaporizer, 390°F (since I’m a fan of thicker vapor). I’ve read a lot about how the miVape utilizes all glass components (vapor-path, herb chamber & draw-stem) and was really looking forward to taking my first hit and tasting the difference.

Upon my first long, deep inhalation – all I could do was smile knowing that my expectations had not just been reached, but surpassed. The vapor production is right on par with all the industry leading portables, including the Crafty, Arizer Air and the Ascent. When it came to taste, the miVape’s all glass components make a HUGE difference. The flavor was easily the best I’d experienced, not just from a portable vaporizer, but any vaporizer. After such a long wait for this vape, I was overtaken by the feeling that all my hard work had finally paid off, even though I hadn’t actually done any work.

After about 6 or 7 rips, I could tell I had gotten just about all I could out of my first bowl. After giving the miVape ample time to cool down, I removed the draw-stem and herb chamber so that I could inspect the remains of what I had just vaporized. Overall, I was pretty happy with what I saw. It looks like about 80% of the material was vaporized without having to stir or mix it up mid-session. In my experience, that’s comparable with pretty much every other vaporizer I’ve ever used – which is a lot.

While I’d imagine most people will be using the miVape for dry herbs, it’s also concentrate compatible. I’m normally not a fan of using a portable to vaporize wax or waxy oils, as I’ve found they just don’t perform that well. However, to be thorough, I figured I’d see if the miVape was any different. In addition to a glass dry herb bowl, the miVape also comes with a concentrate bowl and “wax cloth,” which is supposed to soak up the concentrate as it vaporizers. I grabbed one of the ten pre-cut wax cloths and placed it into the concentrate bowl.

After the miVape had reached its max temperature, 430°F, I took a long, deep draw, and was pleasantly surprised. I’m not sure if it’s the whole wax cloth method, but my concentrate experience with the miVape was superior to that of other portables that claim to be wax capable. That being said, I’m a bit OCD and don’t really like to use concentrates with the same vaporizer I use for bud, so when it comes to wax, I think I’ll stick with my Baker Dab desktop unit, and use the miVape strictly for dry herb.

The miVape uses a custom rechargeable/replaceable lithium-ion battery which will last (in my experience) for about ninety minutes. I love the fact the battery is removable and replaceable and not embedded like a lot of other portables.

The majority of issues I’ve encountered in all my years of vaporizing have been battery related. When embedded, there’s not much you can do once your warranty has expired. If you run into an issue with the miVape’s battery down the road, you can simply replace it with a new one.

IS THE MIVAPE WORTH THE WAIT?

Like I stated earlier, I tried really hard to ignore the fact that I’ve waiting to get my hands on the miVape for what seems like forever. The last thing I wanted to do was set unrealistic expectations only to be let down not by the miVape, but by myself. That being said, I can honestly say that after everything I’ve ever heard, read or thought about the miVape lives up to the hype. 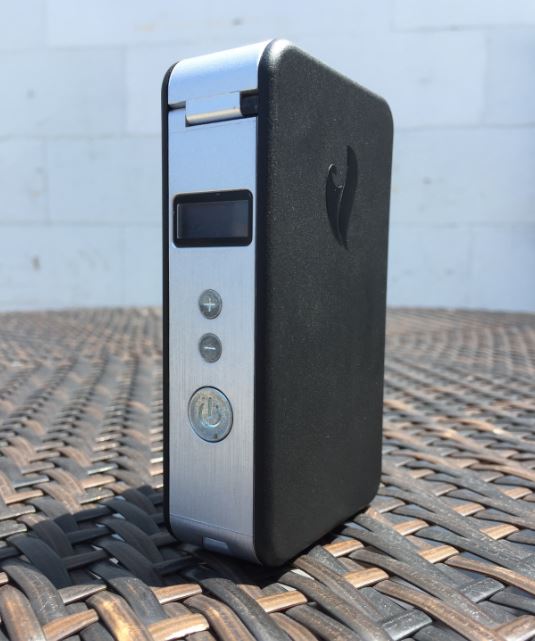 100% glass components, which in turn leads to ultra-pure and true tasting vapor, are what really set it apart from it’s competitors. The price point is right on par with other high end portables like the Air and the Ascent ($260), but considerably less than the Crafty ($340), which is widely considered to be the best portable vaporizer on the market.

While I’ll be without a doubt be working the miVape into heavy rotation (and giving the Air and Ascent significantly less reps), I’m not sure I’m ready to completely retire my Crafty. However, if you’re looking to purchase one or the other and are want the best value, I’d say the miVape gives you just that – bang for your buck.

From a performance standpoint, I’d say the miVape ranks right up there with the Crafty. However, I do have some questions about the miVape’s overall durability (something I give the Crafty very high marks for). The Crafty bears the tried and true ‘Volcano’ name, which people have grown to trust over the years (for good reason). However, I think that Vaporfection is well on its way to earning that same trust.

Vapor enthusiasts are bound to love the miVape, as it’s unique heating system is the closest I’ve seen a vaporizer come to 100% convection. Alternatively, those who aren’t as concerned with combustion, and just wan’t a portable vape that looks and performs great, will love the miVape as well.

Currently, the miVape is available exclusively through this trusted retailer. As always, they ship for free and include some additional free goodies as well.

Those who put a premium on convection and true tasting vapor are going to love the miVape. It doesn’t quite have the build quality of the Crafty or Prima, but from a flavor and performance standpoint – it ranks right near the top of our list. We think it’s well-worth its $260 price tag, although it would be nice to see that price come down a bit. With that said, we love what the miVape brings to the table – and consider it a specialty vaporizer with a lot to offer.