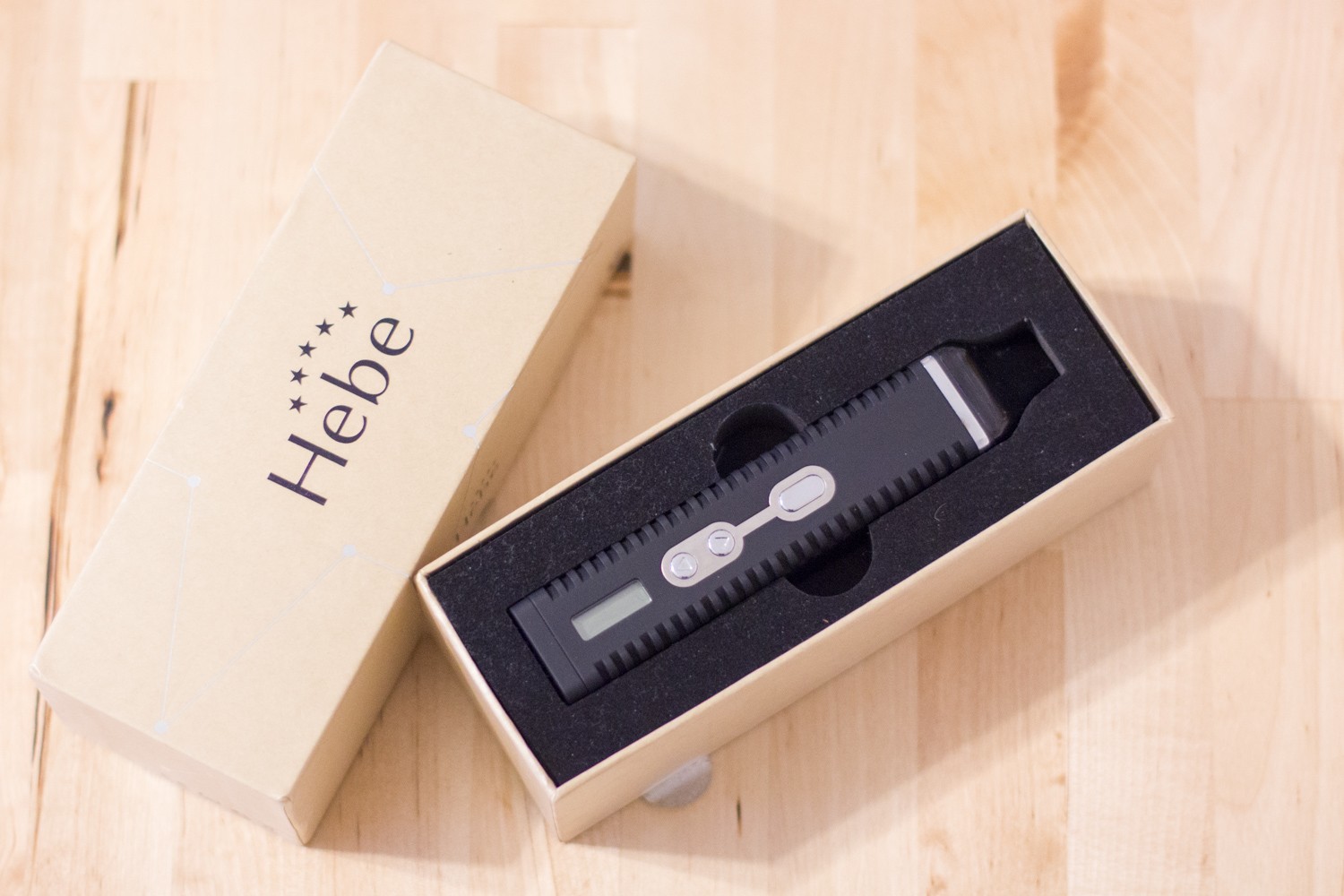 I recently stumbled upon the Hebe Titan 2 dry herb vaporizer and decided to give it a try. I immediately fell in love with the vaporizer after just a few sessions. As a vape novice, I was very happy with the Titan 2’s ease of use, functionality and quality. After the first initial charge I was able to load up the chamber and begin vaping almost immediately, no fumbling around with wires or tubes.

The vaporizer heats up incredibly quick, in less than a minute I was able to get the Titan 2 up to 400 degrees which produced nice, thick vapor clouds. The flavor was great and I really felt like I could taste the essence of the herb which has always been a standard for me. Charging the unit takes about 4 hours for the first time but once the unit was charged up it lasted a good couple hours.

Before picking up the Hebe I read a couple a few reviews of vaporizers similar to the Titan such as the VC DigiToke and the Pulsar Lux-D, but ultimately decided that for the price the Titan 2 was the perfect fit for me. The Titan retails for about $50, which is considerably less than similar units. I have used vaporizers before such as the Volcano, Arizer Air and Crafty vape but I did not feel comfortable going out and spending $200 plus dollars on a vaporizer when I knew I was just getting started. The Titan isn’t quite on the same level as the higher-end models as far as vapor production goes. But for the price, you’d be hard-pressed to find a better option for casual on-the-go vaporizing.

The difference between the original Hebe Titan and the Titan 2 is while the original only gave you a few preset temperature settings to choose from, the Titan 2 allows for full temperature adjustment from 200°- 428°F. Temperature and battery life are displayed on a convenient LCD digital screen located on the front of the unit, and temp can be adjusted with easy to use +/- buttons. The user interface is incredibly simple, making the Titan 2 a great option for beginners looking to invest in their first vape.

This brings me to another key feature of the Titan 2 that sold me – its compact size. The Titan fits right in my front pocket and I can literally take this vape everywhere, to concerts, hiking, the park pretty much anyplace I go I can take along my vaporizer (except the airport, I wouldn’t recommend doing that). This was particularly important for me because between school, work and my social life I am rarely at home so a big bulky vaporizer would hinder my vaping opportunities.

The only drawback of the Titan 2 I have noticed so far is that when set to higher temps (which I like to do for bigger clouds) the mouthpiece of the vaporizer gets pretty hot. The first couple times I used the Titan I had to take a break for a few minutes just because of the heat. I eventually found the included silicone mouthpiece extenders that greatly reduced the amount of heat felt. If you’re planning on vaping at higher temps, make sure to use the silicone mouthpieces. 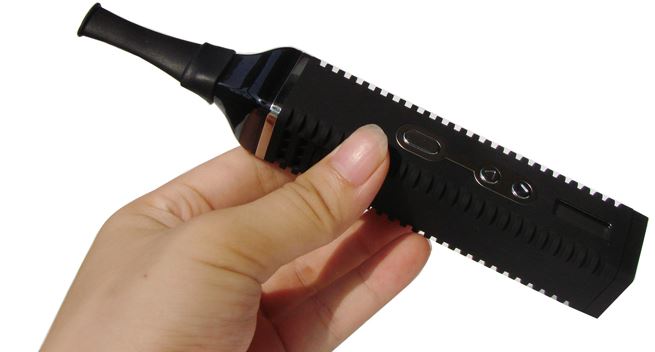 With that said, I found the Hebe Titan 2 incredibly easy to use and highly recommend it as a starter unit for beginners. It’s a solid unit at a very affordable price. If you’re looking for a good introduction to vaporizing, then the Titan 2 from Hebe is a vaporizer you’ll certainly want to consider. We recommend purchasing the Hebe Titan 2 from this preferred retailer.

Chuck Shweig is a vaporizer enthusiast from Venice, CA. He first started using medicinal herbs as treatment for chronic pain in 2007. Right away he bought his first vaporizer - a Vapor Brothers unit. He's currently a big fan of his Arizer Air and Da Buddha, and looks forward to getting the Vapir Rise for social gatherings. Chuck spent four years behind the counter of medical dispensaries, helping patients get the medicine they needed to alleviate a variety of physical and mental issues. He's had the opportunity to try dozens of vaporizer units and hear patients' direct reviews of how those vaporizers helped (or didn't). When it comes to you reading an unbiased and sometimes brutally honest vaporizer review, just remember, you gotta trust Chuck! A perfect chill day for Chuck involves a bike ride down to the beach and enjoying a good session with his favorite portable vape in his hand and Chemical Brothers playing in his headphones.
Comments
Submit a Comment