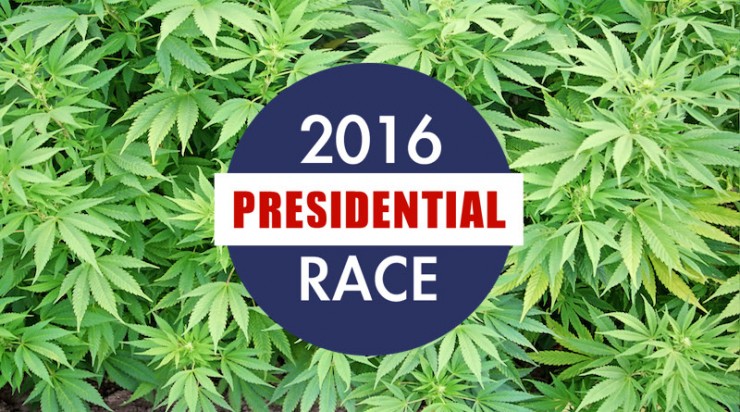 Marijuana’s Impact on the 2016 Presidential Race

Marijuana’s Impact on the 2016 Presidential Race

It’s coming to that time again where we as Americans are sought after to enact our civic duty as bestowed upon us by our forefathers to vote for a new President. There are many important issues that the presidential candidates are debating over but with the fairly recent legalization of marijuana in four U.S. states, medicinal and recreational users across the country are looking to see which presidents are in support of legalization and who’s looking to shut the party down.

Arguably the biggest names in the political race are Kentucky senator Rand Pual, Vermont senator Bernie Sanders, former first lady and current secretary of state Hilary Clinton, Florida senator Jeb Bush, billionaire blowhard and TV personality Donald Trump and lastly, New Jersey senator Chris Christie. In addition to many other important topics regarding our country, these six candidates have all stated their views on whether or not they feel marijuana should be legalized and why it could or could not benefit America. Let’s take a look. 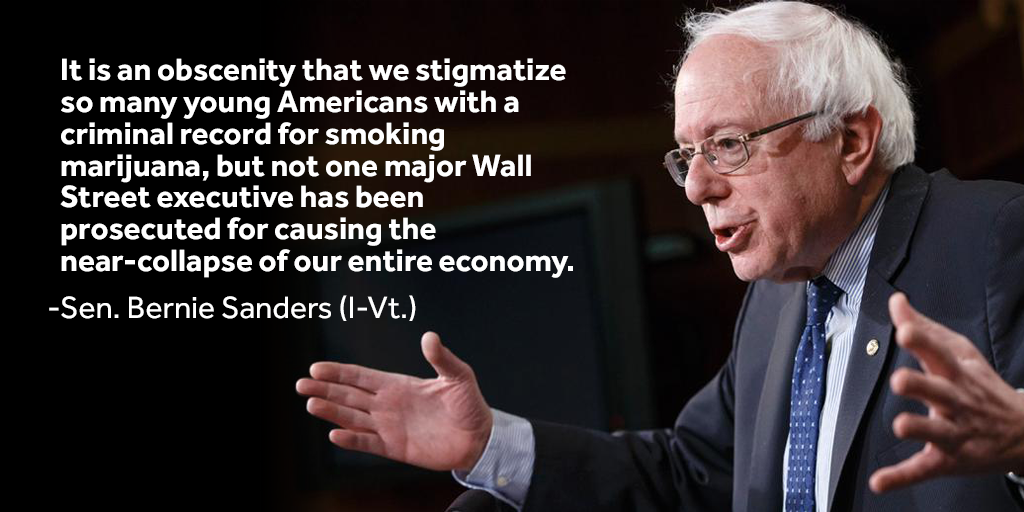 Bernie Sanders officially announced his candidacy for president on April 30th 2015, he has since won over many Americans with talk of ridding politics of “big money” sponsors, police reform and creating better jobs for Americans, but when asked what his stance was on the legalization of marijuana his answer was a little on the fence.

In an interview with Yahoo News, Bernie Sanders expressed that he has tried marijuana twice and although he didn’t say outright that he was pro-legalization, did state that he was open to the idea and would like to keep an eye on what was happening with Colorado and their newly adopted marijuana policy. This is definitely a positive step in the right direction as Sanders has openly expressed his disapproval of the war on drugs, calling for an end to the failed campaign. If elected Bernie Sanders could possibly be the one to finally end prohibition for good.

Next up is current secretary of state Hilary Clinton, we all know her husband Bill and his famous “I did not inhale” statement, but what about Mrs. Clinton? Will she be the one to finally end the long, drawn out prohibition that has been plaguing this country since the late 30’s? Unfortunately, it doesn’t look like it. She has stated that she, like Bernie Sanders is open to the idea of legalization, but would rather use the states as “laboratories of democracy” to see what happens before fully committing to legalization.

Unlike Sanders however, she does not seem to have as strong of opinion on the war on drugs, even voicing support for it during her husband Bill Clintons presidency from 1993-2001. After doing some research and a visit to her website it does not appear that the former first lady has marijuana legalization anywhere on her priority list so it is doubtful we will see any change if Clinton is elected President.

Moving on to Florida Senator and brother of former president G.W. Bush, Jeb Bush. Senator Bush has openly acknowledged his use of marijuana in high school but has also stated that he wishes he could

take it back. He also stated that much like his experience with marijuana in the past, he accepts that a few states have legalized it but wished they hadn’t. “I thought it was a bad idea, but the states ought to have the right to do it” he declared at the Conservative Political Action Conference in February of this year.

This is a familiar philosophy of Republican Party members who favor state made decisions and less federal government interference. One could argue that Jeb is letting the states make the decision to legalize for him, but either way it is highly unlikely we will see any sort of legalization with a 3rd Bush in office.

Celebrities and movie stars have been running for office since before Ronald Regan became President in the 80’s and when “The Terminator” was elected Governor of California in 2003 I didn’t think I could be surprised by any other candidate. However, Donald Trump seemed to shake up America earlier this year when he announced his candidacy for president making controversial statements regarding immigration, foreign policy & President Obama right out of the gate. He’s been pretty straight forward about his policies and opinions on our current social state, marijuana legalization being no exception.

He stated very blatantly at CPAC that he felt marijuana legalization is a “bad idea” and was not in support of the idea; he went on to say “If they [the states] vote for it, they vote for it. But they got a lot of problems going on in Colorado right now, big problems”. In regards to medical marijuana Trump went in the exact opposite direction declaring that he endorsed the measure “100%”.

It looks like if elected, Trump isn’t going to push for any sort of nationwide legalization but he will not take away the right to use medicinal marijuana, good news for those who use the herb to help cure their ailments day to day, bad news for those who like to partake for recreational purposes.

So far it looks as if most of the candidates are pro-legalization or at least on the fence about whether or not they think it is a good idea, but no matter how many people are for it there seems to always be at least one person who wants to ruin the fun for everyone, in this case, it’s Governor Chris Christie of New Jersey. 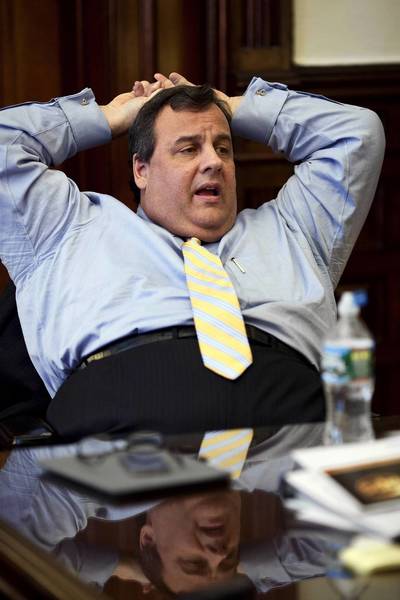 When asked his opinion on the matter Chris Christie told Fox and Friends correspondents “Marijuana is against the law in the states and it should be enforced in all 50 states, – If you’re getting high in Colorado today, enjoy it. As of January 2017, I will enforce the federal laws”.

The Governor did not leave much room for discussion on the matter and unlike his fellow candidates, who were more or less leaving it up to the states to decide, abruptly closed the book on the subject.

OK, so we’ve blasted through five candidates who we’re either in support of letting states vote on marijuana legalization or completely rejected the subject, none however seemed to be 100% in favor of some sort of legalization. So who will be the cannabis candidate of the 2016 election? Of course it is none-other than, Rand Paul.

The Republican Senator representing Kentucky is best known as the son of Ron Paul, a sort –of political protagonist for those who believe in nationwide legalization of not only cannabis but all illicit drugs. So it should come as no surprise that Ron Paul’s son, Rand is not only fighting for the decriminalization of marijuana but is also a co-sponsor of the CARERS Act and has become the first major candidate to raise funds through the marijuana industry.

Rand Paul has been very vocal about keeping the federal government from interfering with the people’s choice to use marijuana and has even taken steps to help businesses within the marijuana industry obtain legitimate bank accounts.

Although he has not come out to say “yes I am for legalization” Paul has done more for the legalization movement than any major political candidate and has proven that he is without a doubt the best candidate when it comes to marijuana reform laws.

So that’s it, the six major candidates and their stance on marijuana reform. With nearly half of United States citizens admitting to either trying cannabis or being regular users it is no doubt that legalization and marijuana reform laws are going to play somewhat of a major part in this upcoming election.

I cannot end this post by saying these are the candidates to base your votes upon because there are several other issues key to our country besides the legalization of marijuana however, if you are for the legalization or decriminalization of cannabis, now you know who to pay a little more attention to. 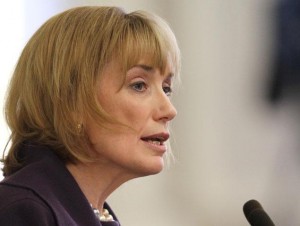