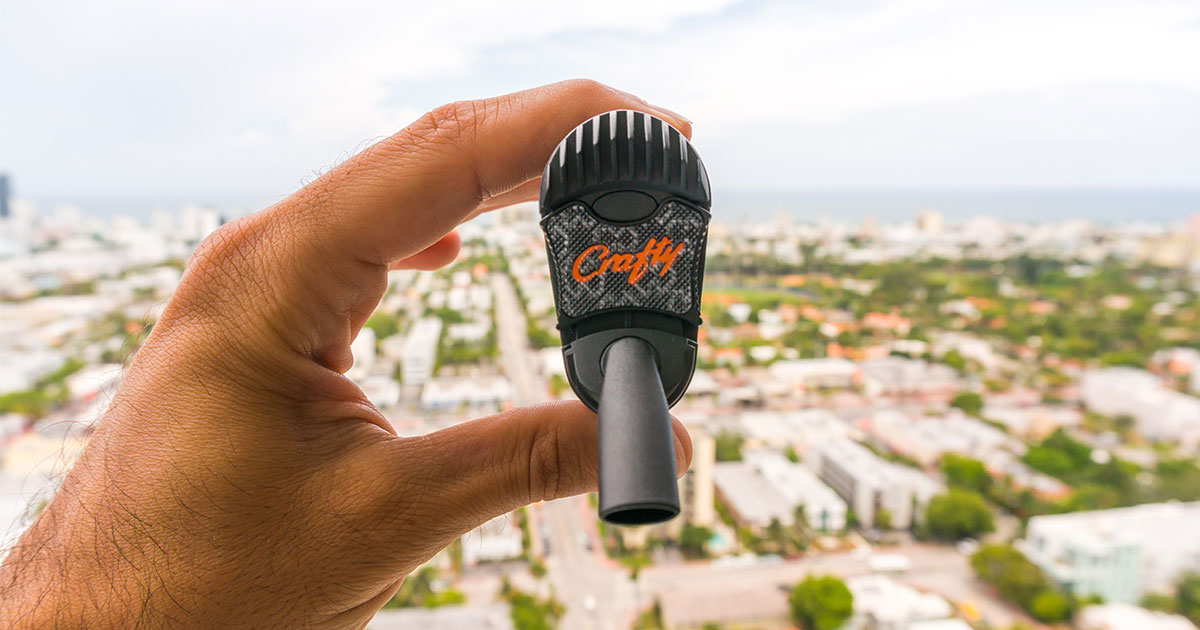 Should You Judge a Vaporizer by its Price?

Should You Judge a Vaporizer by its Price?

We all know you shouldn’t judge a book by its cover – but what’s the rule on judging something by how much it costs? Specifically, what does the price of a vaporizer tell you about the overall quality of the unit?

While there’s a ton of portable vaporizer options out there, they pretty much all fall into one of four pricing tiers: Tier 1 ($60 – $100), Tier 2 ($100- $200) Tier 3 ($200 – $300), and Tier 4 ($300+). For the most part, the amount at which a vaporizer retails for is usually a good way to determine the overall quality of the unit. While there’s certainly some exceptions in each category, judging a portable’s performance based on its price is usually a good rule of thumb.

Units in Tier 1 ($60 – $100) are generally lower-quality with below average performance and build quality. Most portables in this price range are re-brands. While many of these devices serve their purpose, they’re pretty much targeted towards beginners who don’t want to spend too much on their first foray into the world of vaporization. Tier 1 vapes are fairly basic with limited functionality.

However, hidden among craptastic units like the Palm and Pinnacle are a few hidden gems. For newbies who are absolutely dead-set on staying below $100, the K-Vape from KandyPens is a nice option, as it’s covered under a lifetime manufacturer warranty. Another surprise performer is the recently released Pulsar APX. Considering this little guy is only $60, it performs better than expected.

Moving on, Tier 2 units ($100 – $200) typically feature better build-quality, more advanced heating options, and better overall functionality than those in Tier 1. This is probably the price range with the most variation in quality among units – meaning there’s some truly excellent vaporizers between $100 – $200 – and some really terrible ones.

Some of the winners from this group include the Vapium Summit, Arizer Solo, Magic Flight Launch Box, DaVinci Ascent and the Alfa from Goboof (which is by far the most fun manufacturer name to say). All of the aforementioned portables are some of our personal favorites, and feature above average performance, build quality and dependability. Our recommendation to vaporizer newbies is to spend a little bit more money on one of these proven portables, instead of going with something cheaper and lower quality.

Tier 2 also has its share of ‘buyer beware’ units. Portable vaporizers like the White Rhino Hylo, Iolite and PUFFiT X should be avoided at all costs, as they’re pretty much universally regarded as cheaply made, overpriced and underwhelming from a performance standpoint. That’s not to say that some folks out there aren’t completely satisfied with these products, however, the vast majority of reviewers, industry insiders and customers would agree that there are far better options out there.

The $200 – $300 price range (Tier 3) is when we start to see more consistency. In fact, there’s really no unit in this tier that we don’t recommend. The PAX 2, Vapir Prima, Arizer Air, Haze, Vapor Cup and miVape from Vaporfection are some of the most highly rated portables on the market today. All of these units represent the pinnacle of portable vaporizer functionality, and are viewed by those ‘in the know’ as some of the most modern, sophisticated and performance-driven devices in the industry.

These units are typically purchased by those with a little more experience within the vaporizer realm, as the price tag tends to scare of noobs. However, if every beginner invested in a portable at this price, instead of a cheaper, lesser-quality Tier 1 unit (like most end up doing), they would have a far better introductory experience. Somebody who has never vaped before that uses a Pinnacle for their first session is going to have a far different experience (for the worse) than somebody else who uses a Prima for their first time.

While all of the portables at this price point come highly recommended, each have unique characteristics and features that set them apart from each other. The miVape, for example, is the closest any portable unit has come to achieving total convection. This is quite rare, and has helped the miVape to become very popular with vapor connoisseurs who place a premium on minimal combustion.

Alternatively, a unit like the PAX 2 appeals to customers who may not care quite as much about the vapor quality, but instead are more concerned with overall portability and aesthetic value. Lastly, if total discretion is at the top of your checklist, then the Vapor Cup is a great option. Not only is it impossible to differentiate from a standard coffee travel mug, it also performs well above average.

Regardless of which Tier 3 portable vaporizer you end up going with, one thing is certain: You’re getting a high-end unit with fantastic over functionality and above average durability and dependability.

The last stop on our journey through the different portable price points is the very top of the mountain ($300 and up), where we find the crème de la crème of the portable vaporizer world. There are currently only 4 portables (that we’re aware of) that bear a sticker price of over $300 – and unlike the previous tier that we discussed – they’re NOT all winners.

Of the four units in this tier, two of them (the Crafty & the Mighty) are made by the same manufacturer – Storz & Bickel (makers of the Volcano desktop vaporizer).

Let’s start with the Crafty, which is considered by most to be the “Rolls Royce” of portable vaporizers. While not everyone has the means to shell out $300+ on a vaporizer, you’d be hard-pressed to find anyone who has tried the Crafty that hasn’t seriously considered purchasing one. There’s simply no other portable that performs as well.

Even though it’s considered the top of the crop, it does have it shortcomings. Battery life is the one thing you’ll hear Crafty owners complain about. I’ve found it lasts up to about an hour of continuous use – which isn’t horrible – but maybe not quite what is to be expected from such an expensive unit. With that said, when it comes to portability, performance, build quality and dependability – there’s simply no other portable unit that can match the Crafty.

Another unit in this price range is the Elevape Smart Vaporizer (also called the Elevape SV). This is one of the few portables we’ve yet to get our hands on and put through its paces. There are some mixed reviews out there, so without having first hand experience, we can’t really weigh in. We’ll let you be the judge on this one.

Now that we’ve covered Tier 4 heroes, let’s look at the zeros. We really wanted to like the miniVAP, and at first we really did. However, the more we used the unit, the less impressed we were. Considering this guy costs more than Volcano, you’d think it would perform on just as high of a level. It does not.

To be fair, when working properly, the miniVAP produced loads of high-quality (keyword being *when*). We ran into problem after problem with the unit that was sent to us. First we had issues with the battery, then the heating element. Trying to get a response from the manufacturer was insanely difficult, and when we did hear back, the issues were far from resolved. If you are interested in purchasing a top-tier portable, avoid the inevitable headache the miniVAP will give you, and get yourself a Crafty or Mighty.